Here is my list of games that I regret that I bought. Some of them I wish I never bought digitally. That way I could of sold it and at least got back some of my money. These are my Epic Fail List of 2016

How the hell did Capcom think pushing this barely-baked concoction out the door was going to go down? Sure, its multiplayer component is fantastic, the same old refined 2D punch n’ kickery you’ve grown to love over the years. Sadly everything else is either put together with the finesse of a thumb less artist.

A story mode? That’ll be coming months after launch. A basic tutorial with helpful tips for newcomers? Nope, not at all. Hey don’t worry we have a patch for that. Then another patch..

Lackluster matchmaking options, microtransactions, no basic offline versus mode, no character select in between matches online – even a constant connection to a shaky server can cripple your progress if it goes down at the wrong moment.

I mean… come on Capcom, this is STREET FIGHTER. If one of the medium’s most popular titles of all time can’t get it right, I don’t know what that says about everyone else.

Complete garbage. This game failed on so much fronts. They basically recycled the same game but this time in space. The multiplayer is one of the worst I played in a long time. Worse is that the Call of Duty fundamentals of move-shoot-move-shoot-cover-shoot don’t hold up near as well as they did in 2007 when this whole thing really got moving. We’ve moved on. Whether it’s Battlefield 1’s brief get-to-the-good-part vignets, Doom’s kinetic rhythm, Titanfall 2’s fluid movement, or Shadow Warrior 2’s mayhem, 2016 has been a standout year for shooters. We’ve seen so many new ideas, so many ways to approach the well-trod trappings of the genre. Call of Duty: Infinite Warfare doesn’t stack up, be it the campaign or (worse) the multiplayer. Boring on the one hand, bad on the other, with Zombies and a handful of spectacular moments not enough to save this year’s outing. The further the series pushes into the future, the seemingly worse it all gets.

When this game dropped your boy was on top of things. I called Blake like a crackhead finding that last bit of crack on the floor. Pokemon Go servers was activated in the Virgin Islands. The mass hysteria began as we all tried to catch them all. Soon everyone was on the road, in the bushes, behind buildings catching every pokemon available. Then as time went on we soon realized that there wasn’t much else to do. Having a limited number Gyms here in the virgin islands caused some grief. Then it got worse, Battling in the gyms wasn’t that much fun. Couldn’t battle your friends or trade. So basically the lore was to catch pokemon and hold down gyms. The updates was another epic fail. I could careless about rare pokemon. Add the feature to battle your friends and then you got yourself a real Pokemon Go game.

The Division had promise. It had potential. IT WAS THE CHOSEN ONE!!! Yet they fudged up big time. With a repetitive game play mechanic. Glitches that broke the game. Literally. Enemies that was bullet sponges. It was becoming an epic fail fast. Then they went back to the drawing board and built back up the game from scratch. You know you done messed up when you have to change the very core of the game. Don’t get me started on the loot. I mean how in the world you expect people to enjoy playing for hours and only able to get shoulder pads and add-ons for a gun you don’t even own. I will say after the patches and bug fixes the game is stable-ish now.

Oh My Gosh. This turd of a game smelt funny from day one. I hate to be the one to say I told you but…. I TOLD YOU THIS WAS CRAP! From the first time I saw this at E3 I thought this game look suspect. The whole exploration and finding planets and the amount of things to “do” made me wonder. How they gonna pull this off buddy. Then after couple delays later it was released. The first lie was multiplayer. There was none. They said that the chances of meeting your friend in No Man’s Sky was impossible. Yep. The epic dog fights in space. Yeah the lie detector determined that was a lie. Things got so bad people demanded their money back. If that isn’t an epic fail I don’t know what is. 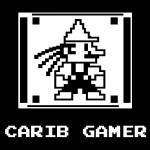