It was a fun filled day with fatalities and brutalities. I can only be talking about the Carib Gamer Mortal Kombat X tournament. The fighters came out and showed their old school skills and interesting combos. I especially liked the cheesy combo done by the champ Jerms lol. Jokes aside he came out and did what he does best and he won. There was many close calls along the way that made me think that Jerms may not make it. Matthew had a rhythm going but lost the momentum. Then Maklin used the force but like Dark Vader succumbed to the dark side.

There was also many other champions there to witness the slaughter matches. Champs like Kevon and Roy. Both hold champion belts in Street Fighter. We even was graced with the presence of an old school fighter. I tend to look at him like Rick Flair. I am only talking about the one and only Franchise. Real talk he put up a good fight using the basic Mortal Kombat formula. You can’t get better than that.

Jerms rose the victor and the fun didn’t stop there. They kept playing to the end of the night with other challengers wanting a piece of the champ. I mean everyone wants the number one spot. I know for sure Maklin want that spot. Keep an eye out for Carib Gamer. Many more tournaments to come!!!! 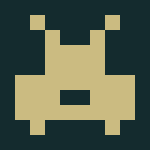