CHEATER (Noun): a person who acts dishonestly in order to gain an advantage.

We know that the world doesn’t care for persons who cheat in relationships, or sports…but what about video games?

If you grew up in the days of cartridges, you know that there were popular cheats built into games that were almost a reward to the players. If you wanted to play as the same character in Street fighter II you couldn’t do it without putting a code in (At the Capcom logo screen, press down, R, up, L, Y, B).

Then there were codes that seemed to work on the entire system affecting most games, the most popular being the konami code (which everyone has used at least once in life)

There’s another type of cheating happening in video games though; you see maxed out characters that have every possible advantage in the game. Some games allow, and even encourage this, by letting you buy special weapons or fast track upgrades through gems or some other similar means. However, there are those that take advantage of glitches in the system, or hack the game entirely to make game play easier and less restrictive. You may not call this cheating, and I know that some even accept it as a part of gaming culture, but in Japan, it is a huge “no-no”.

Japan has an Unfair Competition Prevention Law, and lately persons have been getting arrested and convicted for breaking the law. That’s right – jail time. Now there are those who support and there are folks who don’t.

I can’t help but wonder where the Carib Gamer Community stands. Is it cheating? Do you think that person’s who make maxed characters, sell them or buy them deserve a stint of bread and water? Or do you feel that certain games were just made for a little sideline boost? What titles do you feel the developers EXPECT you to hack? 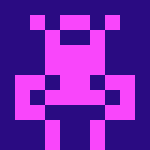